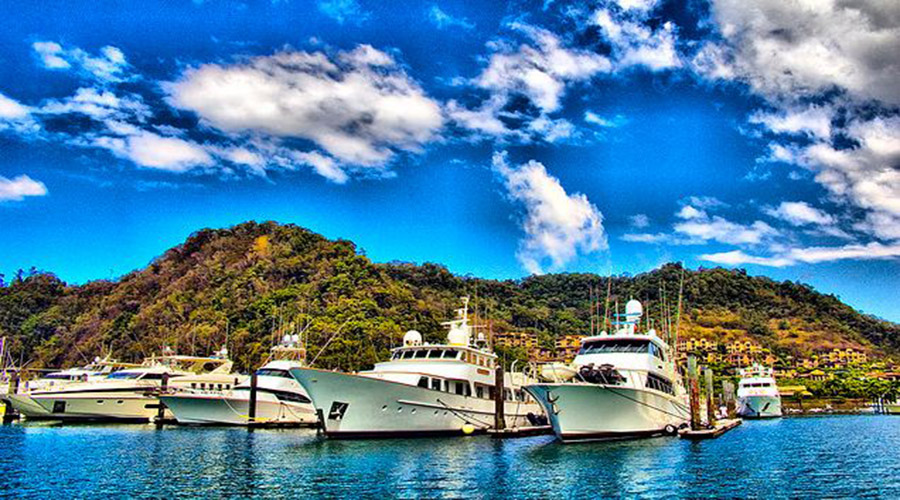 Dream Fishing for Marlin and Sailfish in Los Sueños

Some locals boast that the fish are always biting in the Los Sueños area, along the central part of Costa Rica’s Pacific coast.  Here boats can release an average of 1 – 3 fish per hour of fishing, and when the fishing is on 7 – 20 billfish are released per boat per day on average.

The fish bite both during dry season and rainy season, and with calmer winds in this area in comparison with northern Costa Rica, the seas are calmer and there are only a few days a year when weather or big swells prevent fishing.

Billfish season is best during dry season, especially from January to March, but when the rains start, usually in May, Snook and Snapper fishing heats up. Other fish, like Dorado (Mahi Mahi/Dolphinfish), Wahoo and Roosterfish are caught year round.

The area is in the heart of the action for Marlin and Sailfish offshore, and on inshore excursions you may hook one of Costa Rica’s famous world-record Pacific Snook, among others. During prime fishing season, captains report that it’s common to release a dozen or more Sailfish and one or two Marlin in one day.

Because of the area’s popularity, a range of sport fishing tours are available to fit your style and budget, from small inshore fishing boats to luxury offshore yachts and even kayak fishing in some locations. Aside from Los Sueños, many accommodations, restaurant and tour options are available in Jaco or Hermosa. Not too far away, the famous Manuel Antonio National Park in Quepos is considered one of the “must see” destinations in Costa Rica.

Let us help you plan your trip of your lifetime.