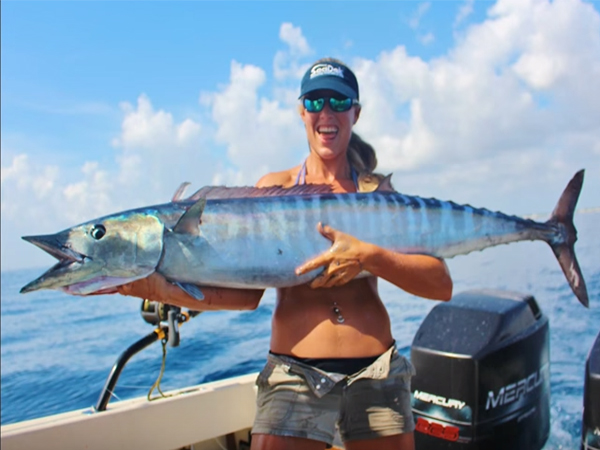 Tarpon aren’t the prettiest fish (basically just plain grey/silver with large scales resembling its closest relatives the Ladyfish and Bonefish), nor are they customarily regarded as a desirable fish for food. It’s not that the meat itself isn’t tasty; it’s that they are quite bony, making them virtually impossible to filet. Due to all the above characteristics, they aren’t considered to be the most sought after fish meat, even for the more daring of chef’s (although some have found success in rolling – almost squeezing – the meat off of their bones and using it to make fish cakes).

Primarily, they are prized as a game fish by niche fisherman. It is their size and power that has earned them a reputation as spectacular fighters. Their fighting quality has been described as very unique – an initial hard strike followed by several aerial jumps and then long runs.

Tarpon or ‘Sabalo’ as it’s known in Costa Rica, can be found here near river mouths, inlets, lagoons, estuaries and the like, on both the atlantic and caribbean side. They are a species of euryhaline fish (meaning they can survive in both fresh and saltwater). As a result, juveniles can be caught further up river in freshwater, while adults can occasionally be caught inshore in the salty ocean water.

Tarpon can routinely be caught year round in Costa Rica. It even has an interesting history in Costa Rica dating back to the 50’s and 60’s when famous Americans, like actors John Wayne and Lee Marvin, came to Rio Colorado specifically for the Tarpon fishing.

Although, the drier months of December – May typically see an increase in the number of Tarpon catches, it is not clear if this is because the Tarpon fishing in Costa Rica is actually better at this time or simply because it coincides with the “high season”, when the number of anglers typically increases. It is worth noting that excellent Tarpon fishing is also reported in the months of March – June as well as October – November.

We offer Tarpon fishing packages based out of Rio Colorado (which has been one of the world’s top Tarpon fishing grounds for decades). Or, you may also choose to embark out of the northern border town of Los Chiles where you can enjoy the more remote and lightly fished waters of the Cano Negro Lagoon, the Rio Frio, the San Juan River and even Lake Nicaragua (requires a border crossing – fees not included).